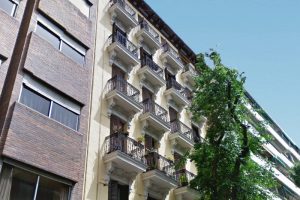 June was a great month for the Spanish labor market. Affiliation to social security has increased. In June, the unemployment in Spain has reduced with 124,349 people. This is the biggest drop since 2013. The decline brings the total number of unemployed in Spain to 3,767,054 people. The lowest figure since September 2009.

There has been an increase of social security contributions by 98,432 people. This is the highest increase in the last 10 years. Thus reaching a total figure of 17,760,271 contributors. Summer months always tend to provide very good data. Interestingly, out of all sectors, the increase of employment has happened in the education sector (during the end of the school year). On the field of leisure and entertainment, there have been declines in the number of contributors.

By gender, males are the ones who have contributed the most towards the increase of contributors to social security. The sectors that have increased employability the most include the hospitality and tourism sector.
The number of contracts that were signed during June was just below two million. This is 11.2% more than in the

This situation certainly  improves the outlook of the Spanish economy. Furthermore, the real estate market and the labour market are inter-linked with this macro environmental factor. Among many other companies, Housers is one of the beneficiaries from this development. With more jobs, the financial power by the Spanish population increases. Investing in real estate with Housers will be open to a lot more individuals.