Inicio Inside Housers Housers in Portugal. Reasons to Invest in Lisbon.

You Can Now Invest in Portugal at Housers

After the huge success in Italy, we have opened Housers in Portugal. A country where the Real Estate market is at the perfect moment for Real Estate investments.
Above all, the Real Estate boom is concentrated in Lisbon, where we have established our first opportunity, Campo de Ourique. This 2017, The Growth Continues

In comparison to other countries in the EU, the positive evolution that is happening in the Real Estate market in Portugal is not due to the construction of new built. Rather it is the rehabilitation of second-hand properties that serves as the driving force in this evolution. Only 14% of the transactions from this year are on new built residences (record since 2013).

The Real Estate boom that is occurring in Portugal is in part from the increase in tourism, that for the past three years has grown above double digits. With 3,300 hours of sunlight per year, 1,000 kilometers of coast, 900 years of history, great gastronomy, security, political stability and a tranquil and comfortable town, Portugal has become one of the preferred destinations for foreign investments.

Besides, its competitive prices, its attractive fiscal framework for foreign citizens and the good economic prospects of the country make it an undeniable candidate for investment.

Which is why investors from France, the United Kingdom, China and Brazil are turning to invest in the Real Estate treasure that has ascended from Portugal, that includes rich architectonic opportunities in privileged locations. With the opening of Housers in Portugal, you can now be a part of these profitable investment opportunities. The increase in prices per m2 is reaching the average prices of some of the European capitals, such is the case of Madrid. The 8,000 euros per square meter in the Portuguese capital are still below the 10,000 of Madrid, but the differences, compared to a decade ago (from 3,500 Lisbon to 8,000 in Madrid) have been dwindling.
As if that wasn’t enough, the consulting firm PriceWaterhouse (PwC) placed Lisbon as one of the best European cities to invest in. In their 2017 Emerging Trends in Real Estate report, Lisbon was ranked 7th place among the 30 total cities analyzed.

Housers has arrived in Portugal. Be one of the first to invest in Campo de Ourique, now is the time to diversify in the Portuguese country. 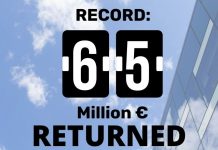 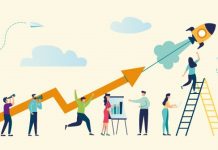