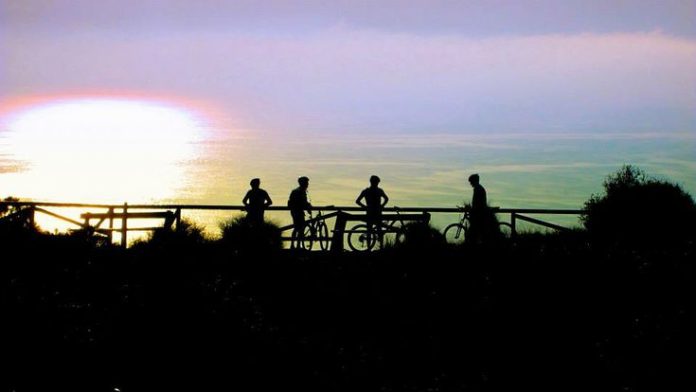 When we talk about investing in Alicante, the first thing that comes to mind is probably buying a house or an apartment on the Mediterranean coast. The Costa Blanca is the name given to the entire area bathed by the Mediterranean Sea in the Spanish province of Alicante. This geographical area is composed of 244 kilometers of sandy beaches, coves and cliffs.

Among the best-known tourist destinations in Alicante are Benidorm, Denia, Jávea, Altea and Santa Pola.

Tourists come from around the world, as the Costa Blanca is one of the most visited areas in all of Spain. The majority of tourists come from within Europe with the follow countries leading the way each year (according to the statistics of AENA-Spanish Airports and Air Navigation):

Tourism is the most notable industry of the area and is continuing to grow each year. Even the Alicante Airport received more than 13.7 million passengers in 2017 —  an 11% increase from 2016.

This entire region does not only rely on seasonal tourism in the summer. The quality of life and the climate here has led to a phenomenon dubbed as “residential tourism”. That is, large communities of English and Germans, among various other northern European countries have moved or purchased second homes throughout the Costa Blanca, even exceeding the native population in some municipalities.

Costa Blanca is also a very popular destination for Spaniards themselves. Alicante is a sought-after second home destination particularly for those in Madrid and other areas in the center of Spain.

Santa Pola is the town where our latest development opportunity is located. This municipality is located on the coast, in the region of Bajo Vinalopó. According to the INE, in 2017, Santa Pola had 31,137 inhabitants, with almost 14% of the population being foreign, largely from the United Kingdom.

The city’s main attractions are its historical remains, its port, its salt mines, and of course — its 13 kilometers of coastline and beautiful beaches.

The town has grown and developed around the port and the castle. The castle is surrounded on two sides by incredible natural sites worth mentioning. On one side, to the west, the Natural Park of Salinas de Santa Pola, and to the east, the Sierra and Cape of Santa Pola. The Castle of Santa Pola was built in 1557 for the protection and defense of sailors against the attacks of pirates and corsairs. Inside it currently houses the Museum of the Sea, the Fishing Museum and the Municipal Exhibition Hall.

The port, dating all the way back to the 4th century BC, also deserves another special mention. This very port witnessed important historical events such as the visit of the Royal Squadron when Alfonso XII was traveling back in 1877. In addition to a rich historical heritage, Santa Pola also boasts a natural heritage worthy of admiration. The Cape of Santa Pola is one of the few examples of a fossil reef on the Mediterranean coast. The star of the Salinas de Santa Pola is, undoubtedly, the flamingo. During breeding season you can find over 8,000 flamingos inhabiting the lakes. It is an incredible sight to see. Other types of birds are also very abundant including: the avocet, the stilt, the red duck, the seagull, the coot and the water cock. The Spain toothcarp, an endemic fish of the Spanish Mediterranean region, is also found here.

Santa Pola is the latest development loan opportunity at Housers. The loan will go towards the development and construction of 14 townhouses in Santa Pola.

The houses are located in the residential area of ​​Gran Alacant, on Calle Orden de Corintio. Check out all of the details regarding this opportunity, in addition to our other opportunities currently accepting investment.