Inicio Housers Guide to declaring investments in crowdfunding and crowdlending in the 2021 income... 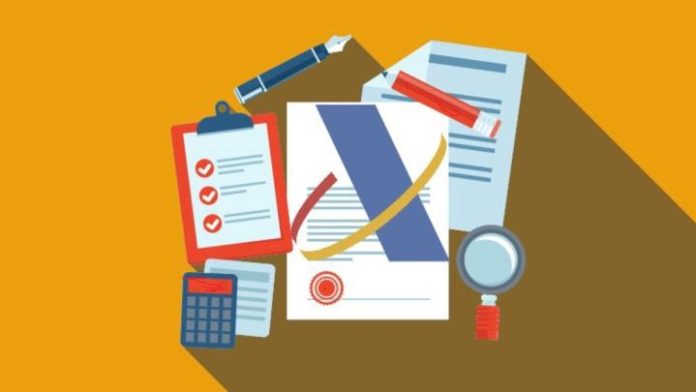 This article is only valid for investors with tax residence in Spain.

When should we declare investments in crowdfunding and crowdlending?

Both the interest paid by a developer to an investor in a crowdlending project and the returns generated by the investment in an equity crowdfunding project, as well as the promotions paid by Housers to its investors, are taxed as income from movable capital, as said in Article 25 of the Personal Income Tax Law (IRPF).

In Spain, the taxation of crowdfunding and crowdlending is declared jointly with other income from movable capital such as interest from bank accounts or share dividends, among others. The income (with a positive sign) and losses (with a negative sign) for the year are added together algebraically.

Therefore, the time to declare these investments for tax purposes is always when making the tax return for each year, but only if you have received interest from the developer or dividends from the developer company or promotions from Housers. When you have received interest, dividends, or promotions, you must declare them even if the money has not been taken out of the Housers account.

If in that year investments have been made in crowdfunding or crowdlending, but they have not generated interest or dividends in the year and there is no collection of promotions paid by Housers, then it will not be necessary to declare the investments in the income tax return.

How to declare crowdfunding and crowdlending investments in the income tax return?

To declare the interest, dividends or promotions obtained from investment in crowdfunding and crowdlending projects, go to page 5 of the income tax return, section “B. Income from movable capital”, subsection ” Income from movable capital to be included in the savings tax base” and enter in box 0027 the interest, yields and promotional benefits obtained during the reference period. Also, the withholdings made by the developer (crowdlending), by the company (crowdfunding) or by Housers (promotions) in the delivery of interest, dividends, or the payment of promotions, respectively.

What items need to be declared?

However, capital returns received by the investor (both from loans and the participation of companies in their liquidation) are exempt and do not have to be declared.

How to get the information in Housers to fill in the declaration correctly?

3. When accessing Documents and Reports, a Tax Reports area will appear in the main area. The investor must select the year (2021) and click on the Access button.

4. A list of reports for the selected year will then be displayed with three different typologies:

b. Tax withholdings (EQUITY) – [Project name]: summary of interim income, dividends and withholdings derived from the investor’s participation in the project referenced in the name of the report (equity projects).

c. Promotions: summary of all the payments of promotions made by Housers to the investor together with the withholdings made during the selected fiscal year. 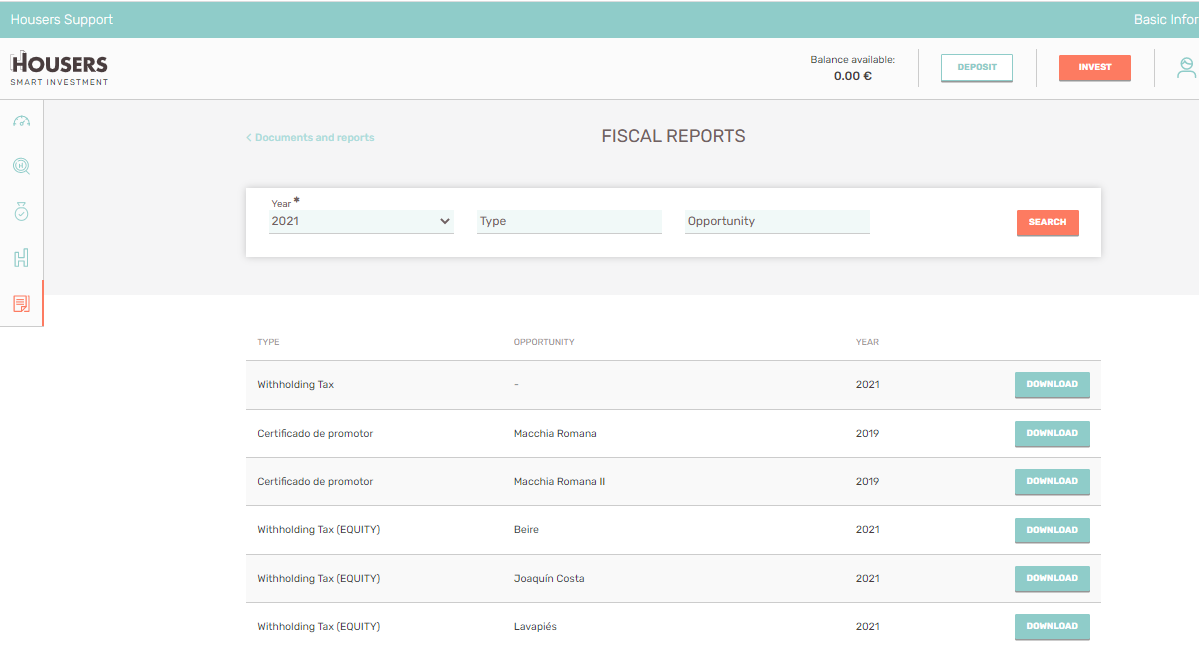 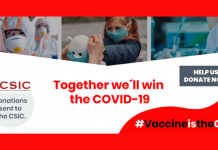